Awarded to the campaign which can demonstrate success in achieving its objectives. The winning campaign can be either internal or external and can combine media including press, radio, television and outdoor advertising.

The NHS has launched a campaign to urge families to talk about organ donation following research that found that less than half of adults have had the conversation. The Leave Them Certain campaign highlights the impact not knowing has on the families who are left behind and encourage people to talk about their decision. The campaign launch follows a law change in England last year which means that all adults are seen as willing to donate their organs, unless they opt out or are in one of the excluded groups

By the end of March this year, 405,724 people had signed up to volunteer for the NHS to help in its fight against coronavirus, highlighting the ‘overwhelming response’ to a call made by NHS England just 24 hours before. NHS Volunteer Responders, run by the Royal Voluntary Service, offers help to people in need of support or who are avoiding public places during the coronavirus pandemic. Its aims are to supplement existing voluntary support within communities, help people to stay well, and reduce avoidable demand on NHS services

In February 2019 the CCG launched a year‐long integrated marketing and communications campaign to tackle approximately £2 million per year in unused medication. Early campaign impact analysis showed that in April 2019 there were 250 fewer dispensed items in mid Essex than usual, and in May an additional 500 not dispensed items. While the total cost avoided is not known, an average spend per item of £7.50 equated to £5,600 in those two months. The CCG anticipates further cost avoidance as the campaign continues. 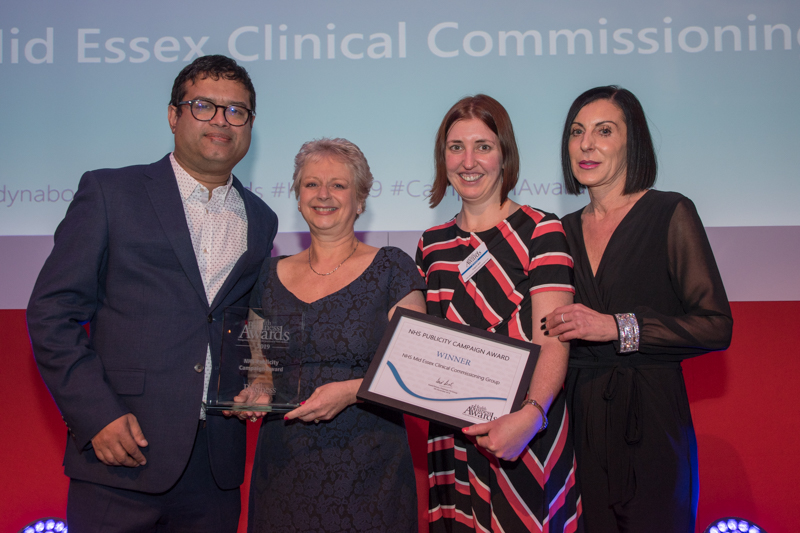 The Make The Right Call campaign promoted alternatives to 999. Due to the popularity of TV show Game of Thrones, the popular phrase ‘winter is coming’ was used to promote a demand management campaign using current culture as a hook. Fake news was used to dispel myths and WTF (Way To Fail) gave real life examples of people who had used 999 inappropriately, such as a person who called 999 from an A&E waiting room because they didn’t think they should have to sit with other members of the public. Managers cited an increase in staff morale. 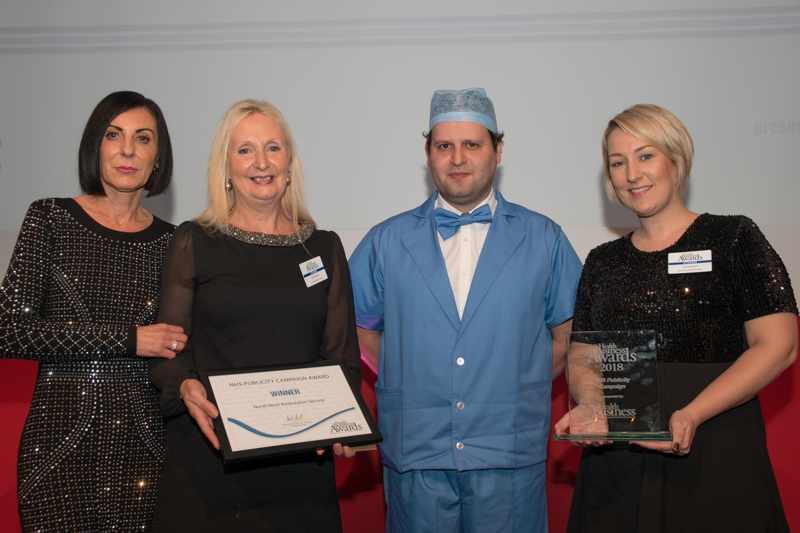 In 2016, Mid Essex CCG launched its long-term strategy - to help everyone in our area to Live Well. Staff were challenged to walk 25 million steps in 100 days with a view that if 100 people signed up, they would need to complete 2,500 steps a day. The CCG comms team created a route and ‘virtual world tour’ map of the walk – starting in New Zealand and finishing in Chelmsford. Every week, staff were asked for their 7-day step count which was converted into miles and plotted on the map. A special edition staff magazine shared fun facts, healthy recipes and information about the health system of the country. Colleagues committed to a date to become Ambassador of the Day and a poster of the Ambassador was designed, printed and displayed. These became a talking point for staff and people were interested to learn more about their colleagues and celebrate their personal milestones. 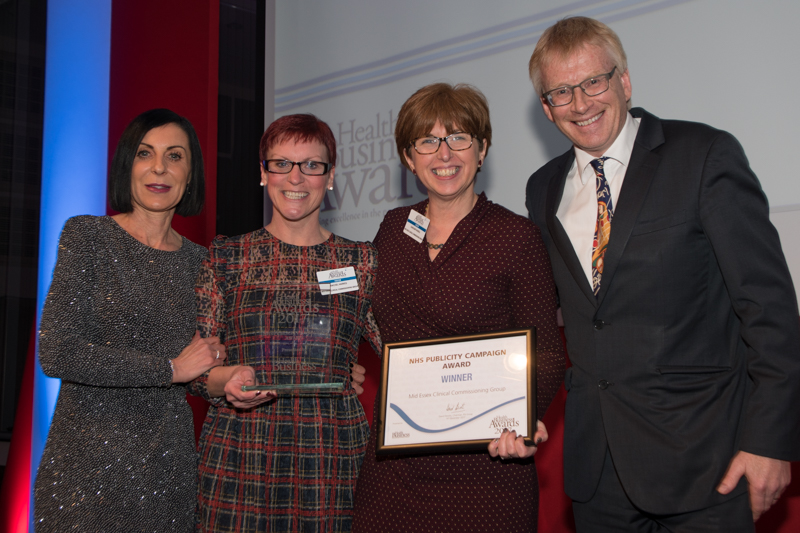 In July this year, a national campaign was launched to raise awareness of kidneys, what they do and why we need to look after them. ‘Think Kidneys’, a partnership between NHS England, NHS Improvement and the UK Renal Registry, comprises a website and series of posters, endorsed by the Royal Pharmaceutical Society and displayed by GP surgeries and pharmacies across England. These carry simple messages to explain how kidneys function and tips to keep them working well, such as drinking enough water, as well as signs to look out for which may point to a problem. Dr Sarah Jarvis, Health Business Awards presenter, appeared on the Jeremy Vine radio show to support the campaign. 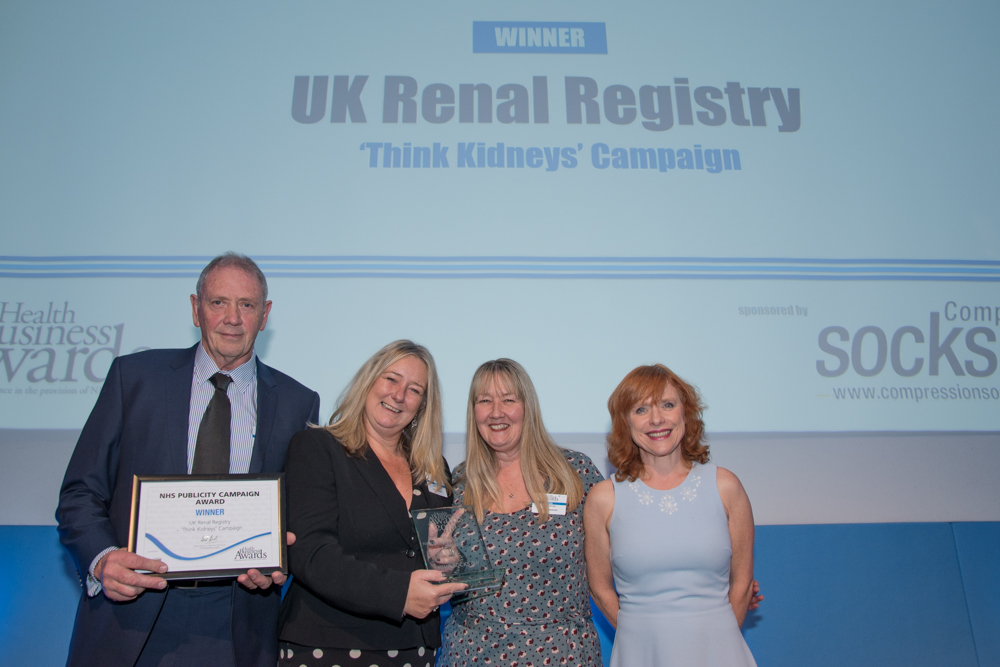 Throughout the 2014/15 winter period, the winning trust delivered a digitally-led internal communications campaign to encourage staff to have the flu vaccination, highlighting the reasons why staff must take responsibility for staying healthy during the winter.